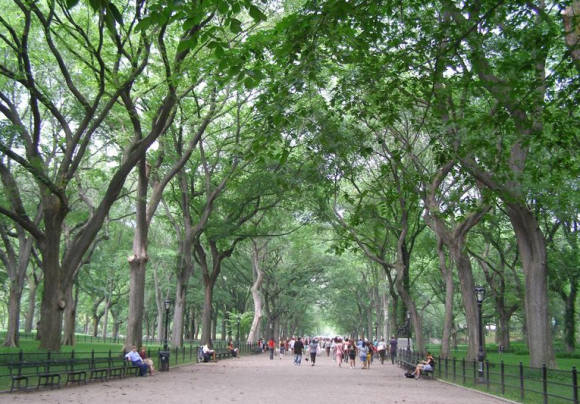 Do human beings continue to adapt  to their environments? Are some of those changes psychological? Are humans experiencing subtle alterations in their emotional and cognitive organization in response to climate change? While we ponder these questions with regard to humans, we are noticing suh chnages in other mammals. Antarctic Penguins are being driven from their homes, according to the New York Times.  While those on the peninsula have suffered a catastrophic drop in population, those on Ross Island are making use of other environmental changes in order to adapt. The scientific study and tracking of climate change is based on a belief that all species develop specific adaptations to their environment. Are people, therefore, also already changing in small ways?  My tentative answer, based on case studies and field research conducted during 2009 and 2010, is that the human psyche is shifting in subtle ways to adapt to transforming ecosystems whether they be urban, suburban or rural. The same consumerist processes that are causing careless damage to the earth’s ecosystems have also become a part of people’s personalities.I have a chapter coming out in a forthcoming book edited by Nick Totton and Mary-Jayne Rust.  See a preview of some of my findings after the jump.

The Technologies We Invent Will Reinvent Us

Many people are reporting increasing difficulties short term memory and shortened attention spans. Also, some are noting worsening of handwriting.

One woman explains,”In the past ten years I have noticed that I can no longer write as well because I never do. I’m not sure that this is a good thing or a bad thing but it is a change worth noting.  How does a lack of writing change people or  a culture?  What will be the implications of being totally dependent upon technology? As it is I no longer use my short-term memory. I could once memorize a phone number, now I am so used to just pushing a button I don’t use that part of my brain.  Does this matter? I don’t know.”

Most people in this historical period tend not to think of themselves as being in a relationship to their ecosystems. The environment is very much taken for granted or understood as a background entity that exists to meet human needs. Yet, the environment also does influence us much like another person would. How we treat it and how it treats us is an important, though unrecognized, part of our psychological function.

Here is what one 24 year-old man said:

“When I take time to think about it – like when I am out on a kayak, or out camping, I know that I have a long-term relationship to this place called the environment.  It speaks to me and I speak to it but in a weird non-verbal but highly communicative way. I lose that dialogue when I am back home living my life – driving my car, sitting in my air-conditioned room, popping microwave popcorn while I watch a movie.  But if I take the time to listen, I can still hear it no matter where I am. But I don’t necessarily like what I hear so I block it out.”

People Treat the Ecosystems Like They Treat Each Other

Those who conceptualize their ecosystem more like scenery also tend to treat other people the same way.  The same person who degrades the environment by littering also tends to be careless in their treatment of others.  A person who tends to project their ideals onto the natural landscape is also likely to do the same with other people. Complicated people who have deeply connected with their landscapes tend to be nuanced individuals who can easily perceive and relate to shades of grey in their interactions with others.

“We had an amazing view of the mountains where we lived, and I really miss it. I probably lived in one of the most beautiful places in the world that people would travel to come and see but for me it was mostly scenery.  I would say I spent more time at the mall than doing anything outdoors, and by then we were already partying and there didn’t seem to be a point. Now, I like the beach and we usually get a summer share at the beach but sometimes we just sleep all day and party at night and the beach is just beautiful to look at and soothing and it makes me feel good, but we don’t focus on it so much. I guess we assume the beauty of it but I don’t really think that we do much with it – the focus is more social because we just count on the beach being there.

“I guess the creepy thing about global warming is finding out that the earth might not be there.  In some ways this idea is in the back of my mind but I don’t focus on it really —- even though in some way I think I’m very worried.  But then I realize I have everything I could ever need or want.  I guess I just assume some scientists will come along at some point and just fix it. When I notice less snow and warmer winters, sometimes it just feels easier like,  “Oh My God this is so much better”.  It sucks for skiing though. I guess if someone told me what to do I would do it, but I’m not so sure how much I would or could change. My life seems very settled right now. I kind of just go along with things.”

I’m still gathering information about how people live, how they relate to their ecosystems and how a changing climate changes people. There is more to come. Let me know if you have any thoughts about this.