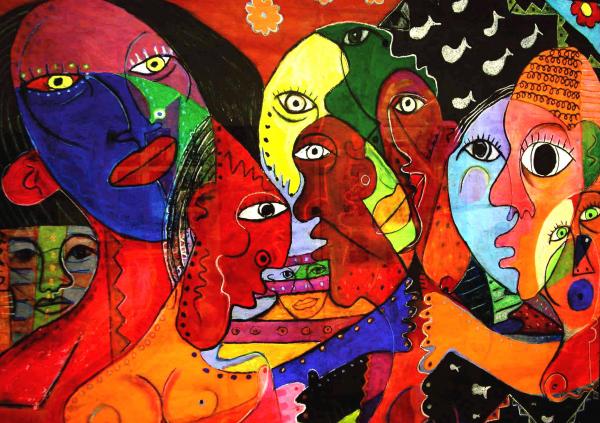 by Robert Daniels at http://fineartamerica.com

Far away, people in countries across the Mideast have been rebelliously signaling to their leadership that they want better governance and more freedoms.  Barack Obama’s speech in Cairo spoke about a world where differences in religion become opportunities to better know each other and to create a shared world where all children grow up with the same dreams. He described his own life as the remarkable production of different religions and countries all within the embrace of a democratic nation.

Like Bruce Mason in Wallace Stegner’s Recapitulation, every sweep of one’s personal life history is also a geographic tour. Place is meaningful. We remember where we first walked atop a high structure, like a tree or stone wall, heard John Lennon’s voice, or realized that we really liked someone (wasn’t it on the campus lawn underneath a canopy of trees?), or where we met our spouses.  Here in New York it is easy to take for granted how important developmental places also span a variety of divergent cultural spaces. Gay, straight or somewhere in between; dark, light or medium colored; scarved, hooded, capped or pony-tailed; there is no New York without its differences and there is no person here who isn’t larger for having made sense of that diversity while still finding a place to stand as one’s self.

In thinking about the question of political leadership and the Mideast uprisings, I only know that the attachment to space, place and geography is largely personal. Territory is as psychological as it is a bordered landscape.   Sometimes nation states and the authorities that run them tend to mistake what is personal and geographic for that which is symbolic and societal. There has been a loud cry from the Mideast upholding the integrity of a people’s right to their own meanings of land and country.

Everyday when I wander about the streets on New York, I am aware of the many problems we face in our country. I am, however, very appreciative of the fact that no one group or leader owns this place.  It really does belong to a kind of cultural multiplicity.  Through a variety of small economic exchanges, personal relationships, or simply sharing a sidewalk or a subway ride together, we create the beginnings of a world where differences present an opportunity to know each other better and to therefore augment humanity’s growth. Nonetheless, it is a much harder life.